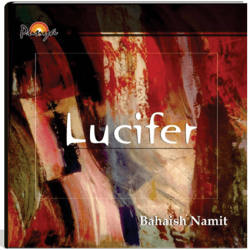 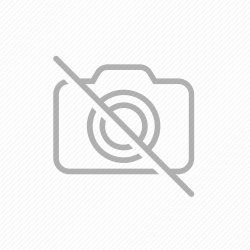 Lucifer, a book of poems written by a seventeen years old writer Bahaish Namit denies the common thinking that today's youth is not involved with serious issues of life and deep profound thoughts. The poems in this collection explore the questions of life, existence of God and ones own place in society. The metaphysical questions remind us of Gitanjli while the contemporary thoughts place these poems in the line of Hollow men.

Lucifer, published by Punya Publishing, is a quest of a young mind in his teens, for meaning in the world around. This quest reflects various shades of moods that every young mind experiences - exploration, rebellion, frustration, hope, seeking solace in metaphysical and happiness.

"The poems in this book are a diverse and eclectic lot," says the great poet Nida Fazli " Bahaish's poetry addresses his world's concerns both as a human being and resident of this often puzzling world."

Lucifer as the name suggests is a symbol of rebellion. There is a part of Lucifer in all of us; it is this voice that questions the purpose of our existence. Although it is difficult to find all our answers but it is our responsibility to keep asking questions. They will ultimately lead us to the source from where the questions began... ourselves. From the nothingness of life the poet seeks the reason to live in every passing moment.

Man loses his life in the heavens of tomorrow.
He imagines himself in the gardens of tomorrow,
He strives so hard to reach that Eden,
But forgets that the caves he lives in today,
Were the heavens he imagined yesterday.

The impetus to the Young minds

The book is an impetus to the young minds that think and create like Bahaish. It's proof to the fact that wisdom doesn't come with age alone; it comes to those who seek it. The book is also an assurance to the teenagers that ultimate belief in oneself is a must, even though the journey seems hard and tedious one has to move on and seek and achieve success. The poems show a world beyond the superficial one and ask us to seek happiness in the flow of life.

Softback with full-colour printing, Lucifer is an attractively designed poetry book that anybody would love to possess. us

Artists who worked on the book

Dr. Poonam S Kohli who has several years of publishing behind her has conceptualised the book. The poems have been given a visual expression by the artists of Foundation of Art and Culture for Deaf, Bangalore, who themselves live in the world of silence but have a superb vibrant imagination and creativity to give life to these words. The paintings, that are a visual treat, graphically reflect the main theme of the poems. Noted artists Chandranath Acharya and Sripad have designed the book. The design of the book is simple, colourful and very touching.

Lucifer is a collection of poems by a young upcoming poet Bahaish Namit. The poems in this book range from the heartbreaking to heartwarming. What is in these poems can't be had elsewhere, because every poet has his or her own world to explore. Bahaish's poetry addresses his world's concerns both as human being and resident of this often puzzling world. This poetry, whatever relation it may have to literature in English, stems first of all from a tradition that is eminently Indian with its various shades. I wish his first collection a grand success.

Lucifer is the metaphysical journey of a young mind through the questions that each one of us faces. Bahaish Namit is a writer in the line of John Keats and Rabinder Nath Tagore who at a very young age started the quest for the meaning of life, God and his existence. This selection of the young writer is an astonishing feat that challenges and makes us rethink our beliefs.

Poems have been attractively illustrated by artists who live in the world of silence but have shared these thoughts and expressed their meanings through colours giving lasting impressions to these words. This volume is a valuable possession for seeking and creating a better world.